Another full on week of great competition at Harburn Golf Club with some great scores, sweeps and early success!

There were some good scores posted this evening in The Pat Montgomery Mixed Greensomes and none better than our winners Hazel Deerness & Jim McEwan who had an excellent score of 63.4. Runners up were Anne Stokes & Alan Douglas with a 67.6, just pipping Ashley Montgomery & Gordon Burns who had a 68.0. 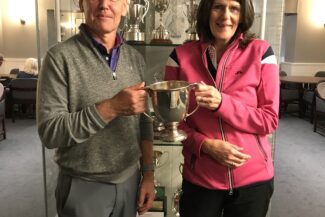 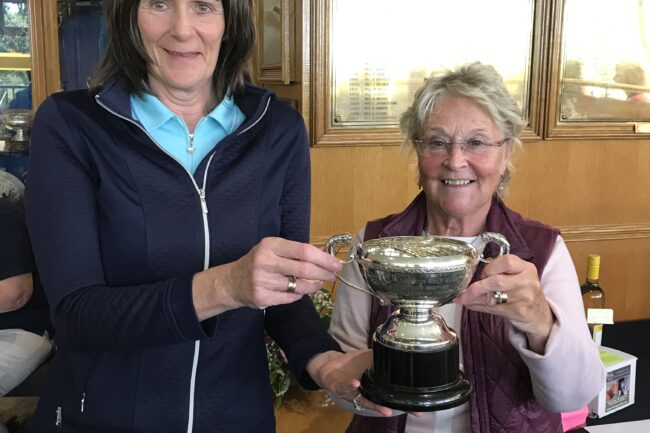 (Hazel Deerness continued her amazing winning streak by teaming up with Dorothy Wilson, who’s not doing too badly herself, to win East Kilbride Ladies Greensomes with a very good score of 65.8. Well done (again) Hazel and Dorothy! 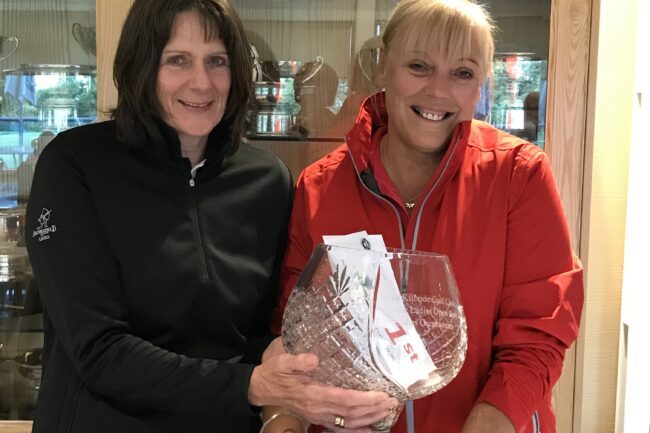 And again for Hazel – and a return to form duo, Hazel Deerness & Janet Graham, who had a superb 62.2 to win the Carnwath Ladies Open Greensomes on Sunday! Jennifer Bryans and her partner (M. Brown from Dalmahoy) won the scratch prize. Janet Hardie scooped the Nearest the Line and finally, Ashley Montgomery & Helen Warnock were one of only of 2 couples to sneak a two! Go Harburn Ladies – well done!!)

Two of Harburn’s new members, Sarah McGregor and Jenny Fowler, were the winning pair in the Ladies Two Ball with a 72 net. Both Sarah and Jenny have only recently got their handicaps and this was their first foray into competitive golf. What a start and what a great achievement! Runners up tonight were Jennifer Bryans and Meg Laidler.