It was the Gents A class action all the way last night as the sixteen players contested a place in the quarter finals. Although the weather held up reasonably well until the last 45 minutes of play the main threat came for the midgies!! It was bad enough for the decent number of spectators who turned up to give moral support to the players …it must have been hell for the competitors!!

However, it didn’t stop some cracking action.

Despite Tam’s valiant efforts it was Chris who progressed through to the quarter final stage with another scintillating under par performance… it’s becoming routine for him and he is going to be difficult to beat in this form.

It was great to see Greg Ronald , recent new member make it through the qualifying stages and he continued his good form with another strong performance against Craig Brown. Well done to Craig too for giving his son Dean a taste of the action by having him on the bag – great experience for the young junior in his development.

Scott O’Hagan and Stevie Forrest battled out a decent contest with Scott edging out Stevie 3 and 2, Stevie, unfortunately couldn’t maintain his sparkling weekend form into the match and Scott took full advantage.

Sid Curran and Callum Rarity produced a real closely contested affair, Callum holding off Sid’s challenge and leading after 10 holes but Sid turned the game round in the closing stages with birdies and held on to win at the 18th.

Another game that went all the way was Craig Galloway and Greg Dymock where no quarter was given throughout. Greg missed from close range at 17 and Craig took full advantage and won through on 18. It was certainly a “no gimmies” between these two close friends.

Billy Saunders played another consistently brilliant round in seeing off the challenge of Chris Rooney.

Despite Chris’s late challenge with birdies at 15 and 17 he three putted from close range at 18 and Billy’s one shot lead lead stayed intact and took the honours.

Nicky Henderson had to be at his best again to win through against Neil Owen. Another solid round with some pin splitting accuracy at six and ten saw him book his place in the quarter finals.

Arguably the tie of the night saw former club champions Fraser Jervis and Craig Deerness take centre stage with Fraser taking the spoils in a closely fought high standard match. It was great to see the veteran in fine form and still with an eye on the main prize.

Well done to all the players for providing a great night’s entertainment and look forward to all the Gents and Ladies quarter finals action tonight.

Our thanks to Lindsay Steele for all the great action photo’s – much appreciated. 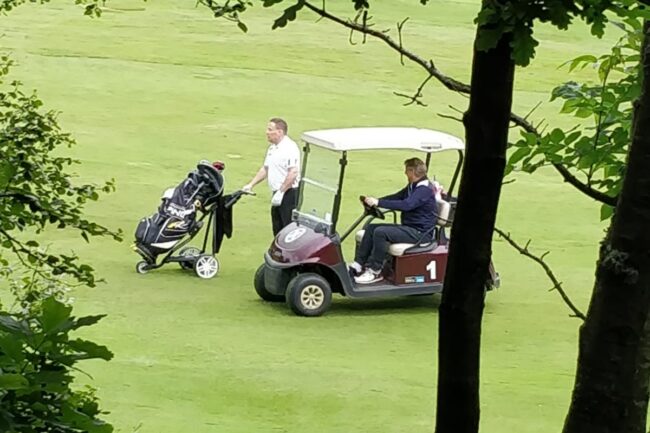 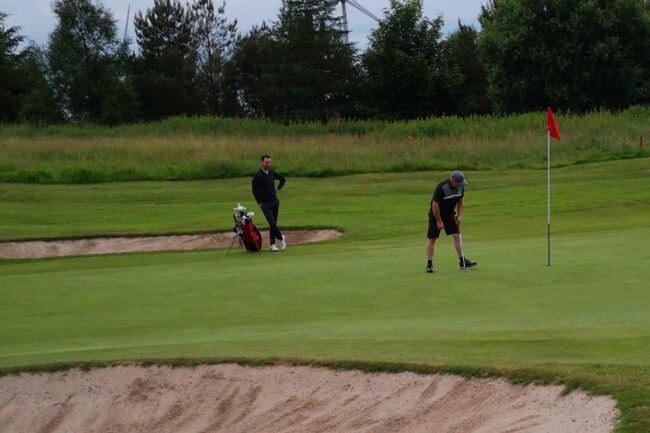 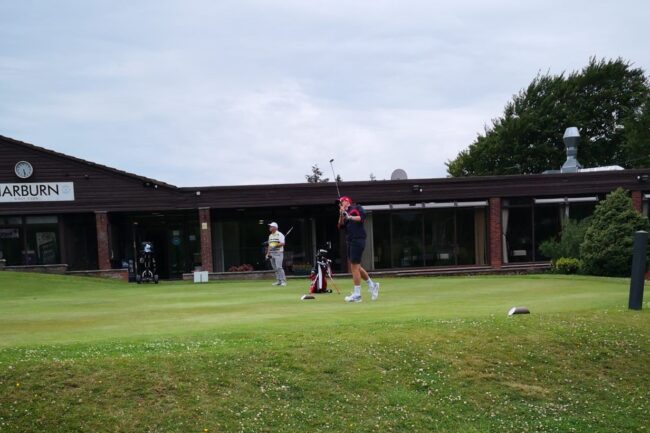 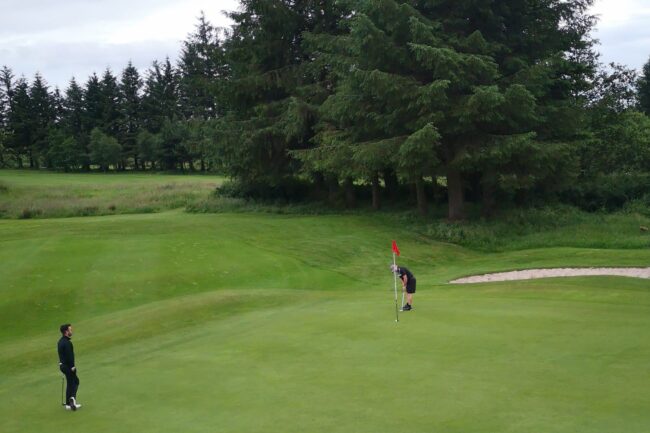 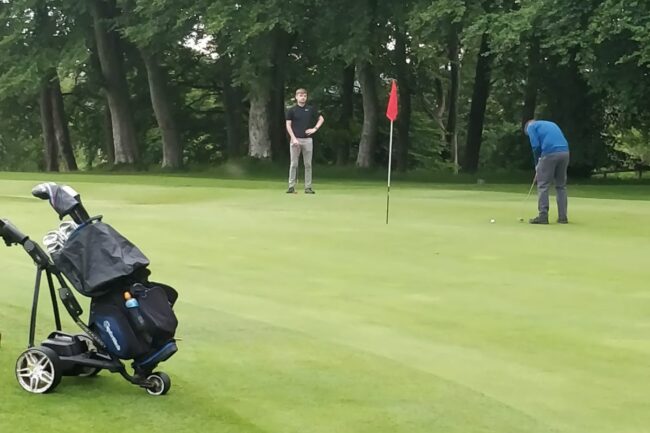 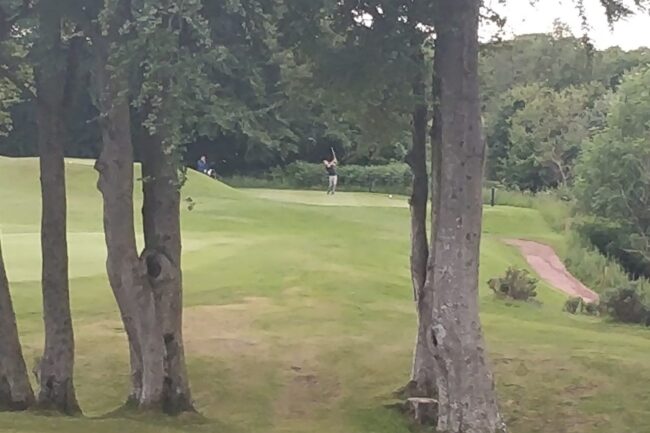 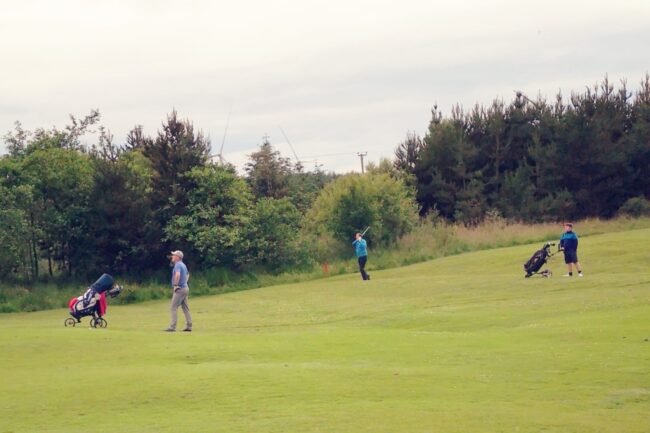 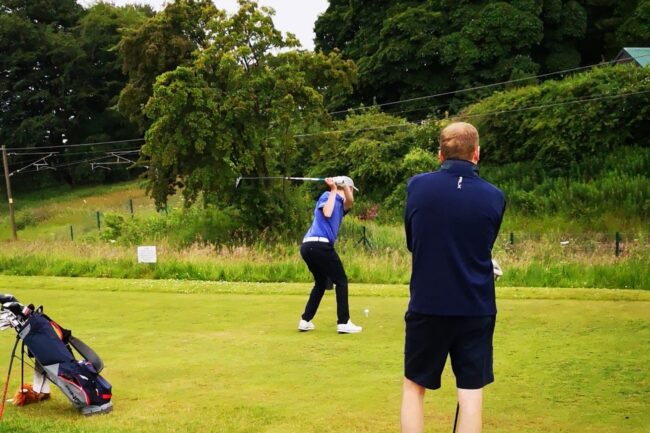 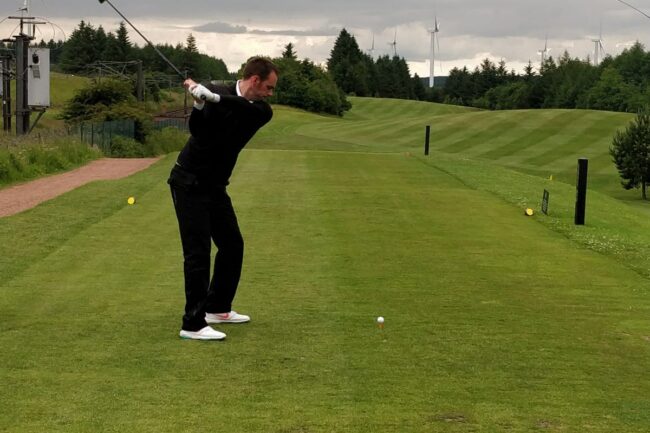