A group of the Gents Seniors team show off their new kit in readiness for next season’s campaign.

Team Captain, Bob Stokes  got the lads together yesterday for the unveiling of the kit, kindly sponsored by Knowepark Caravans and Motor Homes plus another “anonymous sponsor”.

Bob also organised a little end of season competition played in Ryder Cup format for the “Pot of Gold” trophy which was keenly contested in a six a side event with “Team Saunders” victorious against “Team Henderson”. Well done all and a huge thanks to both sponsors. 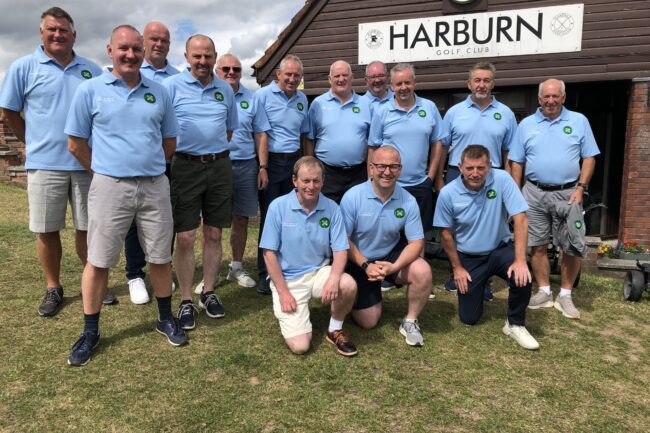 Jennifer through to Champion of Champions Final