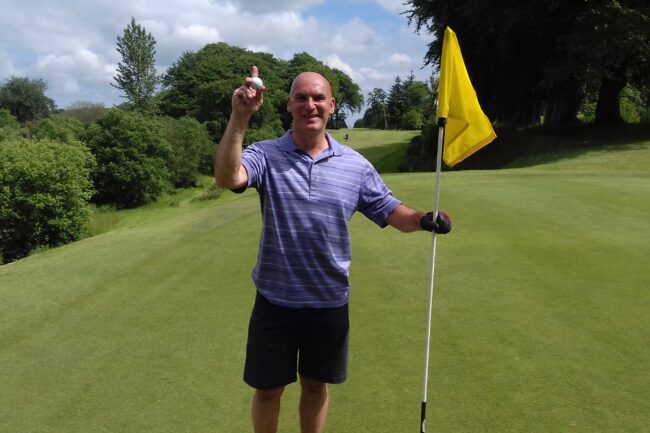 Stuart Tidy at the 15th

So, this just happened…..

Glory days and many congratulations to our own Stuart Tidy who can now officially be recognised for his hole in one during competition play yesterday.

With a pitching wedge at the 15th whilst playing with fellow golfers Stew McKay and Stevie Moffat, the ball landed 5ft from the pin with one bounce and a spin 1ft side ways into the bottom of the cup.

‘Words that followed included jammy and tidy, amongst others, says Stuart!’

Stuart also pays claim to scoring a hole in one previously at the 14th which was not recognised as it was a Scottish Golf Par 3 competition. I think we can all agree he can dine out on that one too as its the only hole in one Harburn have had at the 14th as far as we know!