Thankfully the thunder and lightning which was forecast for yesterday never materialised so all players in the Championship semis and Handicap Trophy Quarterfinals got round dry!

Hazel Deerness was in great form winning her match with Helen Warnock.  Meg Laidler had a tough match against Betty smith and it all came down to the final putt on 18 which was enough to see Meg through to the semi final against Hazel on Thursday.

Kimberley Campbell had a convincing win over Meta Matthews and will now meet Cynthia Tuckerman, who beat Elizabeth Burns, in the other semi final.

Sheila McEwan somehow managed to keep her semi final match against current Ladies Champion Jennifer Bryans going till the 16th where Jennifer finally won through.  Dorothy Wilson and Aileen Kennedy had a good game going and though Dorothy was 2 down after 9 it was still a tight match.  However a couple of wayward shots by Dorothy later on proved her down fall and Aileen will now go on to play Jennifer in the final.

Well done to all and good luck with the next round. 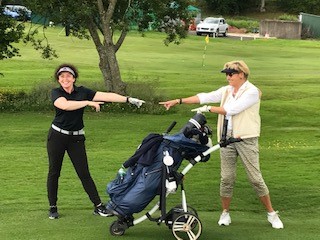 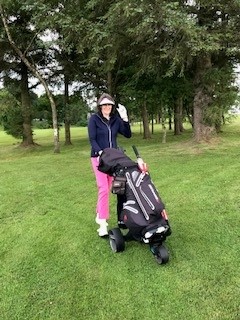 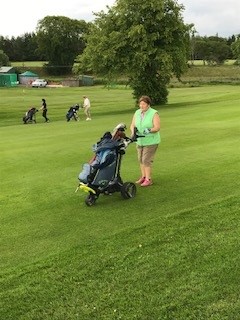