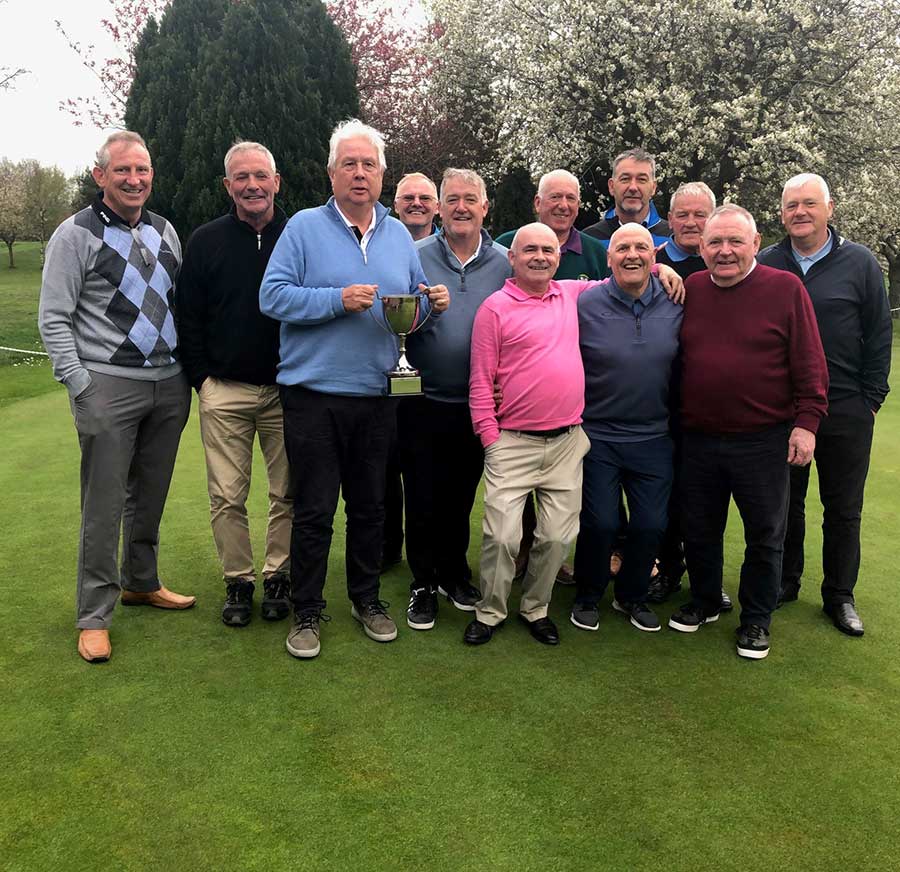 Harburn can boast a tremendous club spirit which together with an interest in its social events makes it the envy of many other clubs. The club has made steady progress since its inception; nine hundred members, a most enthusiastic ladies section and an expanding juniors section.

The course, 870 feet above sea level, is attractively situated on the northern slope of the Pentland Hills, the whole of its undulating area commanding a superb view in all directions. It is a heathland course lined with differing species of trees and bordering the North of the Bog Burn.

Harburn Village is quiet and unspoilt and enjoys a bracing climate. Although slightly off the beaten track it is by no means inaccessible, lying two miles South of West Calder, which is half-way house between Edinburgh, Livingston and Lanark.

The delightful surrounding countryside offers hiking, shooting and angling facilities at Cobbinshaw, Crosswood and Harper Rigg reservoirs. To those with an interest in archaeology the Roman Camp South East of Harburn is an attraction.

The story of Golf in the West Calder District began in 1885 when the West Calder and Addiewell Golf Club was formed on ground at Burngrange Farm by a group of local merchants. Mr. Donald McPherson, publican, was the first Captain of the Club and Mr. D. Brown the first Secretary. The ground was leased to the Club free of charge by Young’s Oil Company Limited, whose Managing Director, Mr. John Fyfe, drove the first ball to inaugurate play. Play continued uninterrupted until 1928 when the Club had to vacate the course to make way for the Building of Burngrange Cottages.

Before golf was discontinued at Burngrange a Company was formed to promote the development of Harburn as a Sports Centre. In 1923 a group of professional gentlemen lead by Mr. A. Macdonald Fraser, supported by among others, Dr. H.R. Dodson and Mr. Henry Lessels registered the Harburn Golf Club Company Limited. They obtained a 21-year lease of land at the East Torphin Farm from Mr. John Storry the owner at that time and well known to West Calder folk. His nephew, Mr. Jack Storry, became proprietor of the land in 1946. 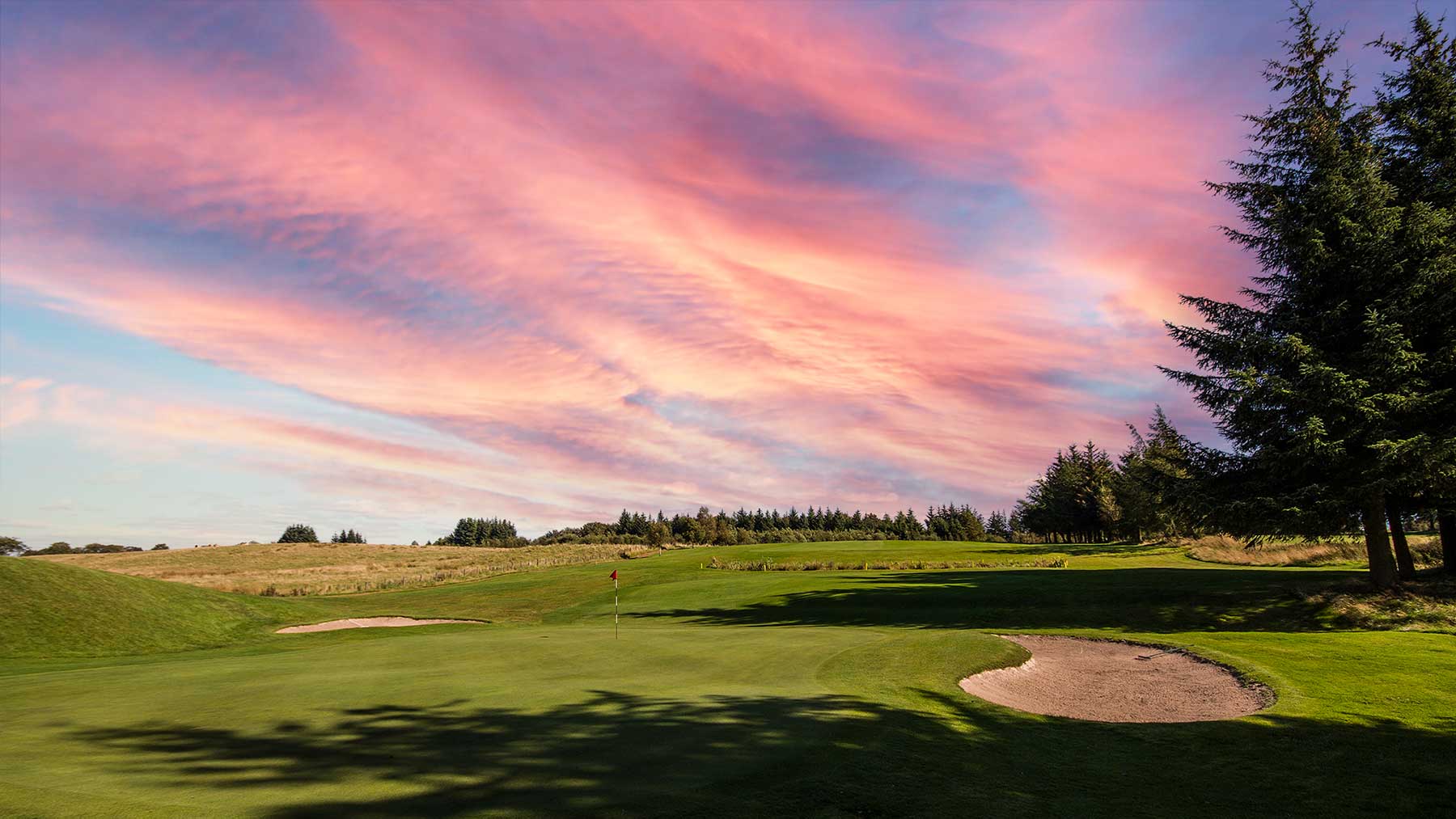 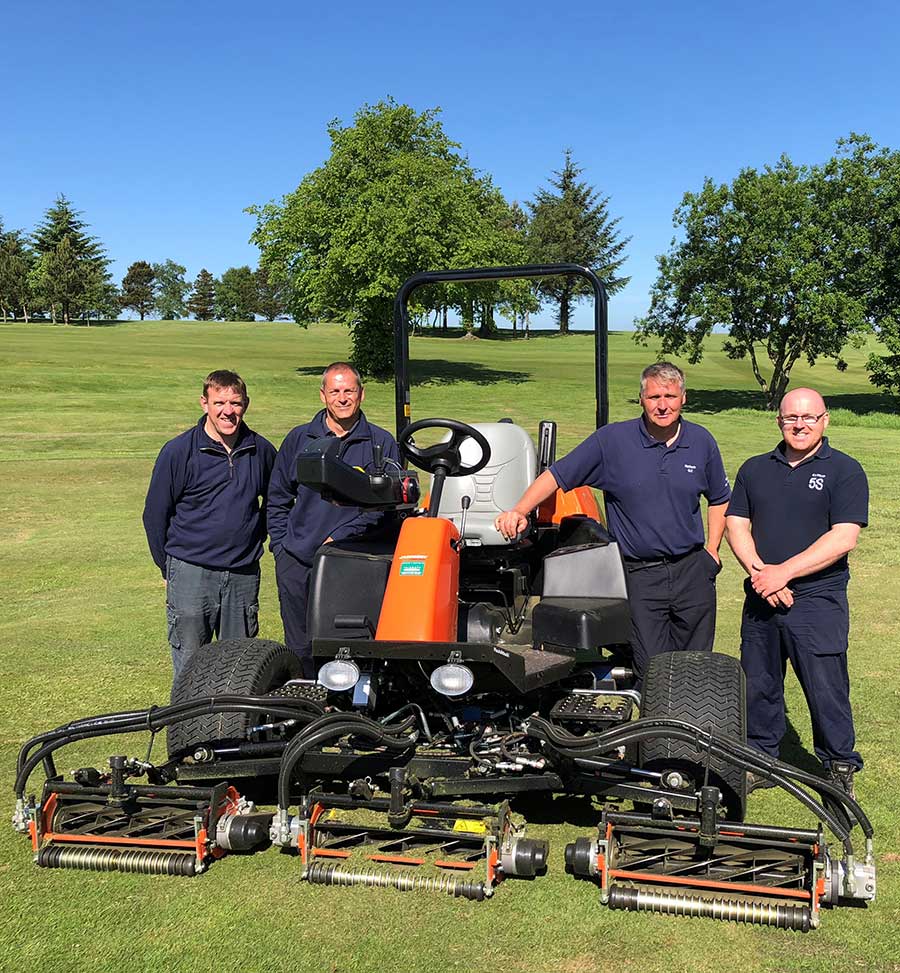 The Hardale Golf Club was officially opened on 18 July 1925 when the first ball was driven from what is now the second tee by Lord Anderson. The planning of the course was a joint effort with contributions from the directors and John Patrick, a professional golf club maker, course architect and golf teacher. George Paterson, the first greenkeeper, assisted by unskilled labour, efficiently saw theirs plans through to fruition.

There was no Clubhouse, but part of the East Torphin farmhouse with outbuildings was temporarily set aside for the benefit of the Club.

Mr. J. Storry, proprietor of the estate, donated a handsome silver trophy for Club Competitions known to this day as the Storry Cup.

The first few years saw great progress in the condition of the course, in the membership and in its popularity. Balance Sheets were satisfactory and there were a total of 146 members. A Clubhouse was built in 1927, by which time transport facilities from West Calder and Edinburgh had improved. The 15th. hole was in the same position as it is today but was at that time named “99” as that was the yardage. In 1935 the hole was increased in length and re-named “Question Mark”

By 1932 it became apparent that the Club had been over ambitious. Faced with a General Strike, loss of membership, and a succession of bad weather conditions at vital times, optimism was at its lowest ebb. A decision was therefore made to call it a day.

The inception of Harburn Golf Club coincided with the winding up meeting of the Hardale Club. A small committee was formed from among the existing Hardale members to investigate the possibility of a takeover. Weeks of feverish activity followed. Enquiries were made at Register House and favourable discussions with lawyers, trustees and the proprietor lead to a recommendation of takeover being put to a special meeting of prospective members.

The new club was formally launched at a meeting on 14 December 1932 with Mr. J.H. Hope in the chair. A committee of 12 dedicated members were elected to conduct the business of the new club, to be known as Harburn Golf Club.

Annual fees were set at two pounds two shillings for gentlemen and one pound ten shillings for ladies. Mr. Storry’s lease would be one hundred pounds per annum for two years for a two-year trial period with a review to take place thereafter. The Bondholders imposed a rent of forty pounds per annual on the clubhouse until such time as the club could afford its purchase.
The club made steady progress over the next few years with a membership of two hundred coming mainly from Edinburgh and neighbouring villages. 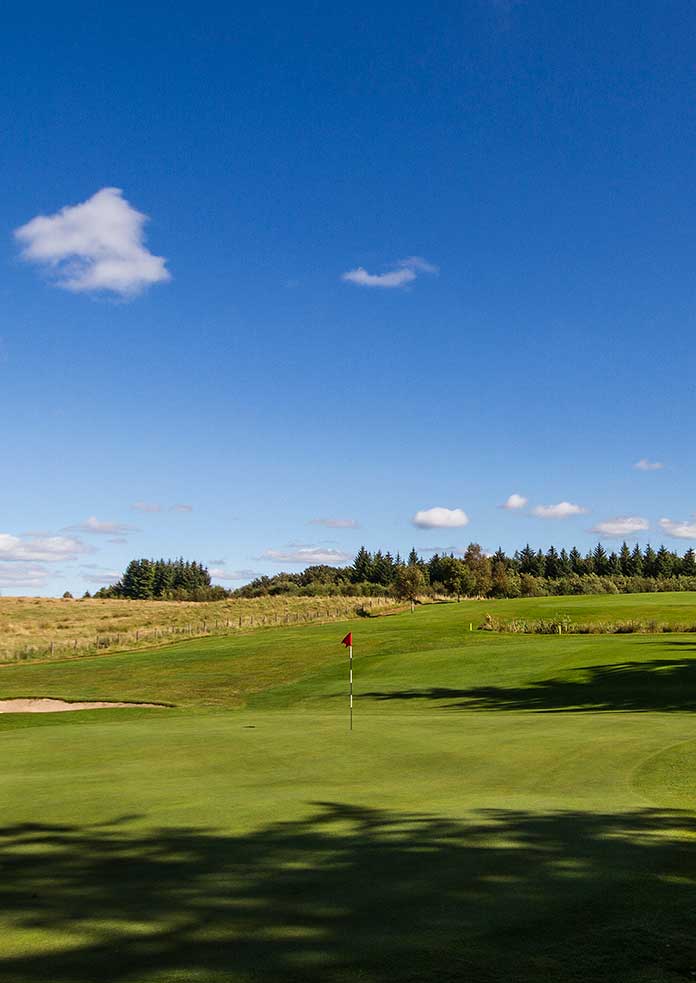 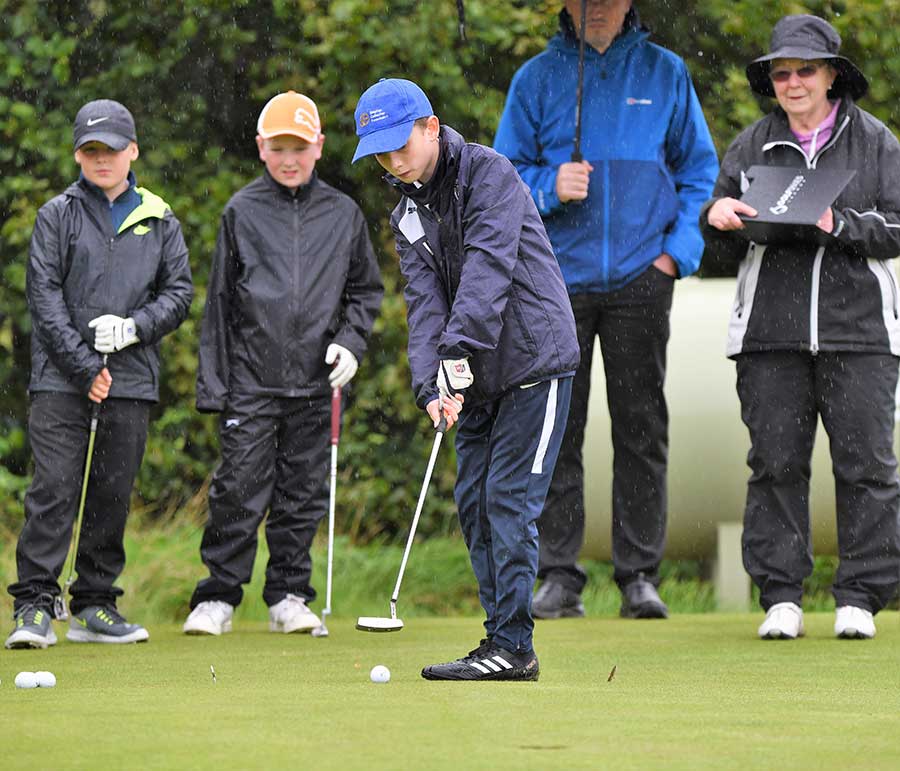 The main concern at the time of takeover was to increase the length of the course and for a short time there were three holes on the east side of the B7008. These were eventually abandoned. Peter Robertson, Professional at the Braids Course in Edinburgh, played over the course and made several suggestions for improvements. Some of his suggestions were implemented and the course length was set at 5,549 yards and a standard scratch score of 68.

After losing the services of the head greenkeeper, the club advertised for a replacement receiving 60 applications. A shortlist of three were interviewed:-

Tom Warrender was appointed head greenkeeper at a wage of two pounds 15 shillings a week. He worked tirelessly to improve the condition of the course which had been left in poor shape by his predecessors. The farmer’s grazing sheep presented a constant hindrance to him. A tractor was beyond the means of the club and the greenkeeper had to improvise with an old 30 H.P. Armstrong Siddley Car purchased by the Club for £9.00.

After some hard bargaining, the original Clubhouse and one fifth of an acre of land on which it was situated was sold to the Club by the Trustees and Bond Holders for £425. A liquor licence was obtained and the building was extended to provide a lounge, ladies room, kitchen, living accommodation and locker room. Social events were frequently arranged and well supported.

When the West Calder and Addiewell Golf Club ceased to function, men such as Armour Gillan, George and John McInally joined Harburn, adding greatly to its golfing talent and Management.

Competitions and Matches were arranged and hotly contested by the small band of playing members. The following trophies were donated to the Club by members: 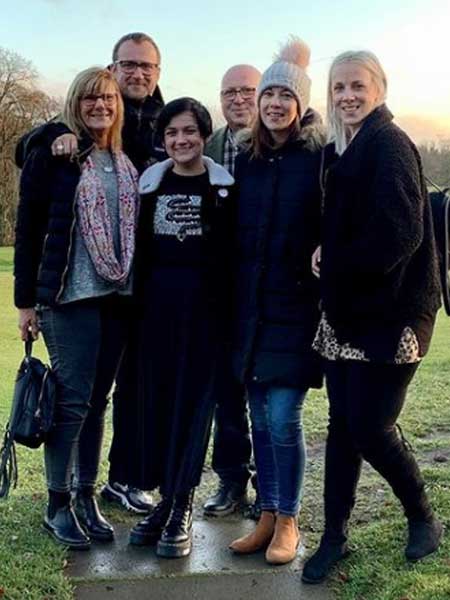 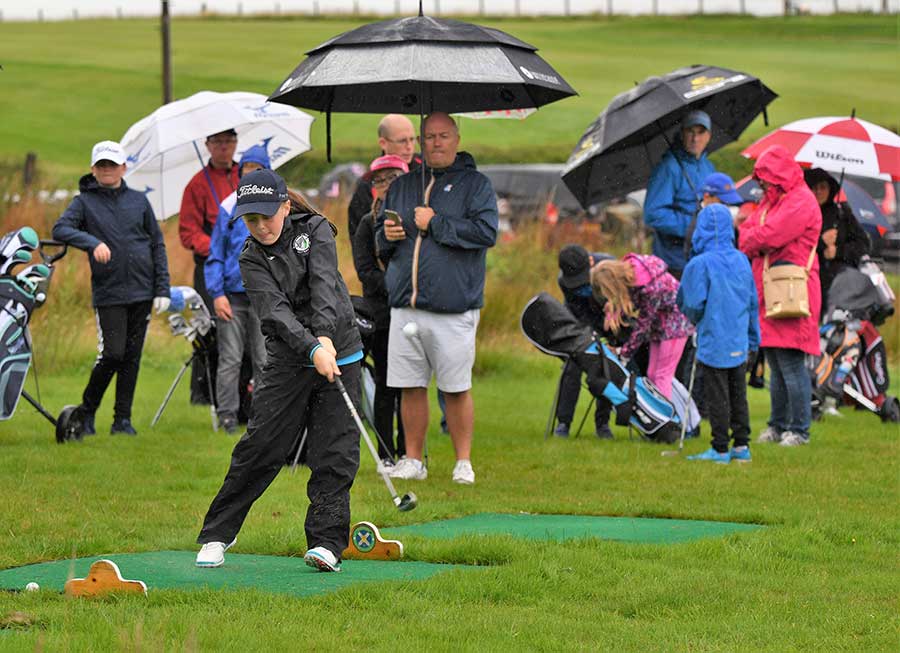 The immediate post-war period brought the club into a steep decline. Each succeeding balance sheet revealed an alarming series of deficiencies and dwindling assets. A loan of £250 was raised by the members when it was found that the Club was in danger of extinction. It was proved however that what was required more than money was management.

In 1955 Mr. William Ballantyne was elected as President and Mr. Andrew Coyne as Secretary. A new Committee was formed with the main task of looking into the affairs and organisation of the Club. This strong body of enthusiastic golfers, over the next seven years, surmounted the crisis and lead the club into a period of substantial enterprise and development.

Harburn started to gain the respect of rival clubs on the playing front. Over the same period they won the Courier Trophy four times, had been Baillie Trophy winners and boasted a County Champion and Walker Cup winner from among the membership. The first open tournament held at Harburn attracted an entry of 98.

The locker room at that time was in the attic space of the clubhouse and became inadequate for the needs of the ever-increasing membership. The committee agreed to purchase a vacant holiday chalet situated in the Harrysmuir district of Livingston. This was dismantled by volunteers and erected on an area of land adjacent to the clubhouse to provide a new locker room. One hundred and twenty lockers were obtained free of charge from Ingliston Golf Club which had to close to make way for the Royal Highland Show Society.

In 1961 an Architect was commissioned to prepare plans extending the Clubhouse. His brief was to extend the outer walls around the existing clubhouse and redesign the building to provide a larger bar lounge, a spacious lounge and function room, a modern kitchen and toilets. The building was completed by November 1962, the bulk of the work having been carried out by voluntary labour.

The members had barely started to enjoy their new premises when on 6 February 1962 a disastrous fire gutted more than half of the building. Fortunately the locker room was saved and only slight damage was done to the new lounge. Some of the Club Trophies and Club Records were lost. Undaunted, the members assisted in clearing away the debris. Temporary walling and roofing was constructed and essential services rigged up and it was “business as usual” within a matter of weeks. Reinstatement work on the building started by mid April and was completed by December 1963.

At that time the lady members of the club formed themselves into a catering group supplying meals to members and visiting parties and organising social functions. They carried out this task for fourteen months making substantial sums of money for club funds. 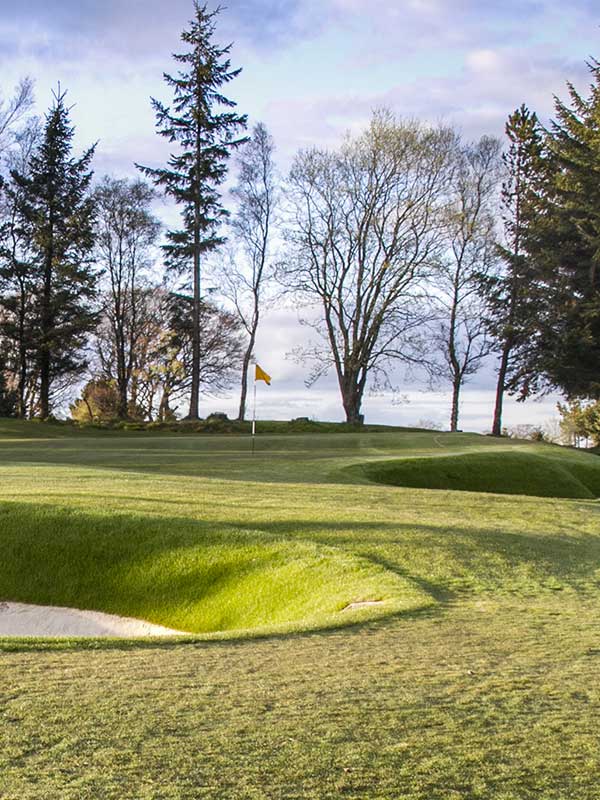 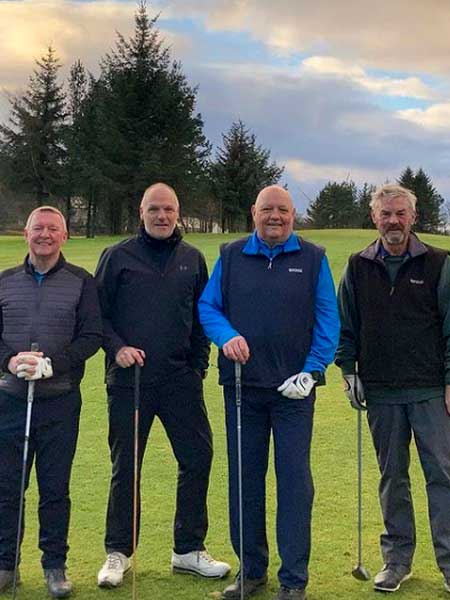 In 1967 Harburn Golf Club grasped the opportunity to purchase the course from the Proprietor, Mr. Jack Storry for the sum of £18,000. By mid summer the transaction was complete financed by an £8,000. grant from the Scottish Education Department and a £10,000 loan from the then Midlothian County Council.

The club was then, as owner, in a position to commence with plans for change. Bobby Smith was appointed head greenkeeper shortly after the land was purchased and under his influence the planned changes and improvements were implemented.

Over the next fifteen years greens and fairways were re – shaped, bunkers were formed, and paths and roads laid. The length of the course was extended to 5921 yards with a par of 70 and a standard scratch of 69.

Harburn became members of the Sports Turf Research Institute and the Scottish Woodlands Association who planted, free of charge, 7 acres of various species of trees.

A major drainage scheme was undertaken, covering every area of the course in need of treatment.

An automatic sprinkler system was installed to irrigate all tees and greens and a practice area was created in a swampy piece of ground to the south of the 18th fairway. The area was drained and an overhead power line re-sited.

The clubhouse underwent major refurbishment and extension in 1993.

In 2001, a long-term lease was taken on 11 acres of land across the road from the clubhouse for use as a practice area.

An area of land measuring 6.5 acres to the west of the 11th hole was developed in 2003, having been purchased some years before, to extend the 11th and 12th holes. The new layout was officially opened on 5 June 2004 by Club Captain, Fraser Jervis, and the honour of striking the ceremonial tee shot from the 11th tee was carried out by Mike Kirk (9 times Club Champion and most successful player in Harburn Golf Club history.

In 2006 a ten year plan was put in place to further develop and enhance the golf course, embracing the ever changing demands of golfers and golf courses.

In 2016 Harburn Golf Club is recognised as one of the top golf courses in the Lothians area, with a full and thriving membership who enjoy both competitive and social golf. There is a fantastic Social Calendar of events supported by excellent facilities to meet the needs of any social function and in Bistro19 the Club have an outstanding catering company who produce quality cuisine for the benefits of members and visitors alike. 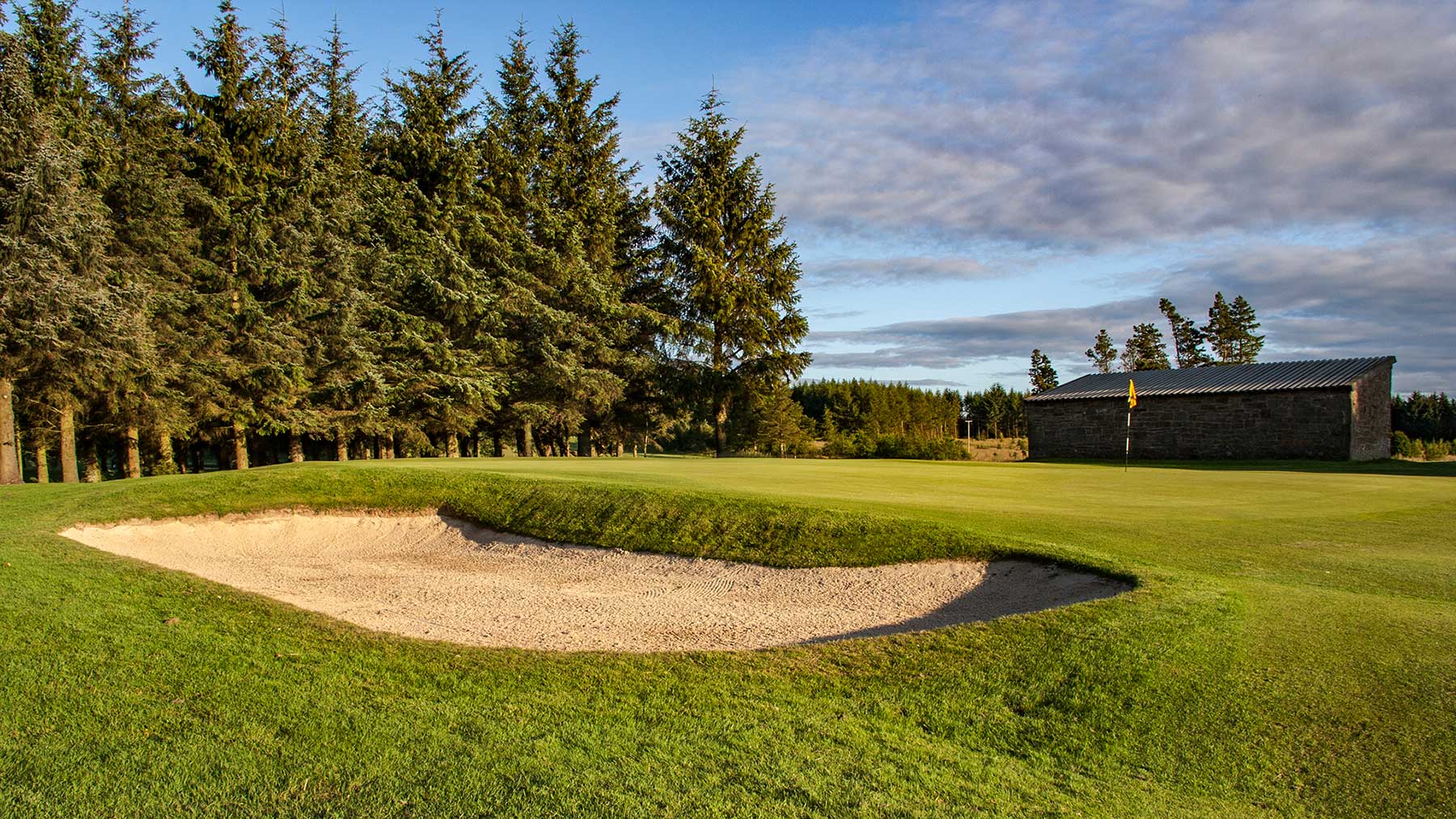 GET ALL THE BENEFITS

We offer a friendly and vibrant club atmosphere